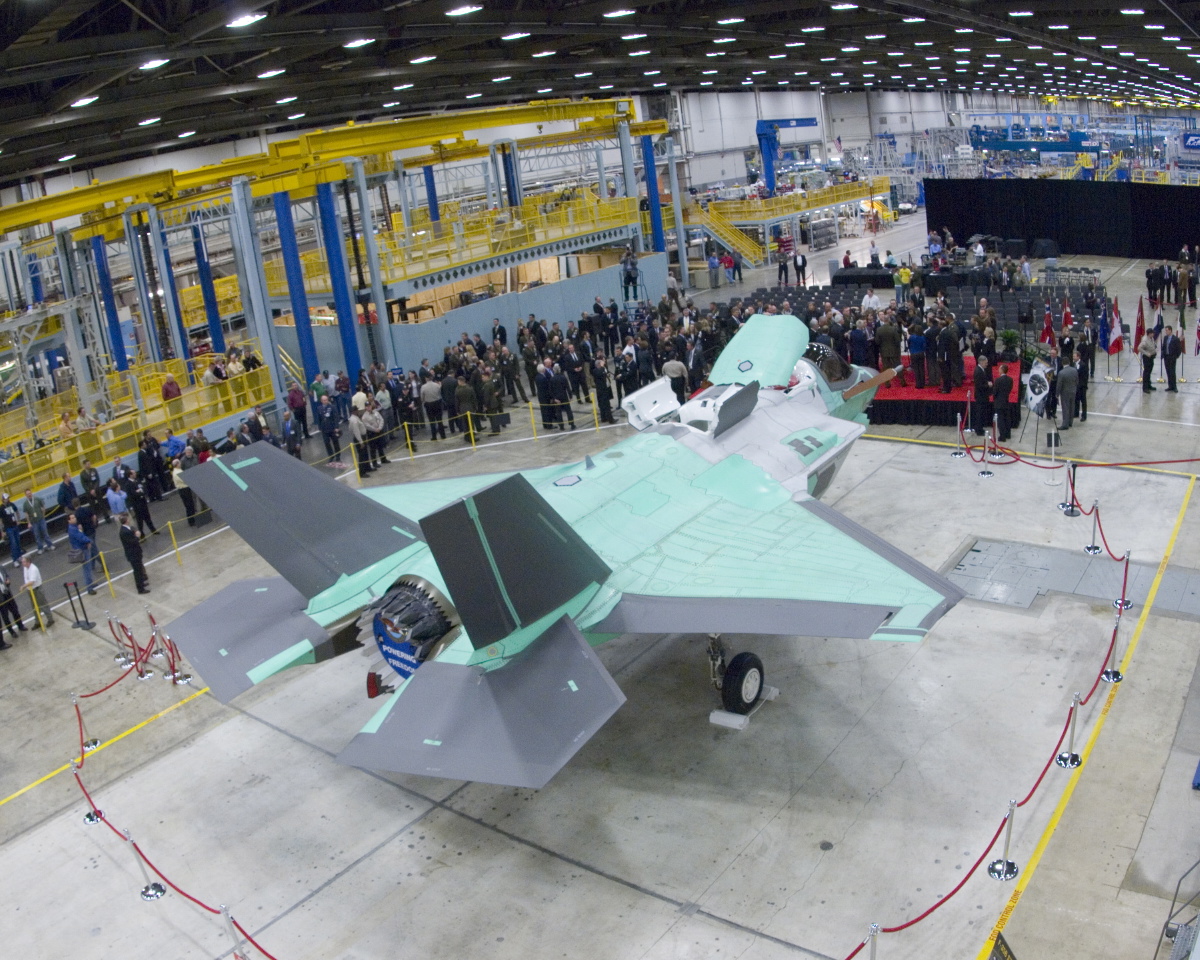 The F-35B Lightning II rolled off the production line 18 December 2007 in Fort Worth, Texas, to the fanfare of customers from the United States, United Kingdom, and Italy. The rollout marked the formal handing over of the first short-takeoff vertical landing, or STOVL, variant of the F-35 from production to flight testing.

"The flexibility the STOVL variant of the F-35 will add to the contemporary Marine Air Ground Task Force is amazing," said US Marine Corps Commandant Gen. James Conway. "This generational leap in technology will enable the Marines to operate a fleet of fighter/attack aircraft from existing runways, from unimproved surfaces at austere bases, or from the decks of ships. We find that capability extremely valuable." The Marines will be the primary operator of the F-35B.

The first flight of the F-35B, designed to replace Marine Corps AV-8Bs and F/A-18C/Ds, is planned for 2008. The aircraft often referred to by its production number, BF-1, will first undergo a series of ground tests that include fuel system operations, structural coupling, and vibration.

The heart of the F-35B is a propulsion system that allows it to execute vertical takeoffs, short takeoffs, and vertical landings as required. The system comprises the most powerful engine ever flown in a jet fighter: a shaft-driven counter-rotating lift fan situated behind the cockpit that provides about half the downward thrust, a roll duct that takes bleed air from the lift fan and directs it under each wing for lateral stability, and a rear three-bearing swivel nozzle that vectors engine exhaust horizontally or vertically in the desired direction.

During vertical takeoffs, short takeoffs, and vertical landings, doors above and below the lift fan open while a clutch connecting the lift fan to the engine drive shaft engages. A dorsal auxiliary engine inlet opens to increase airflow to the engine. At the same time, doors beneath the three-bearing swivel nozzle open and the rear nozzle pivots downward to deflect engine thrust toward the ground. The roll ducts also engage to keep the aircraft stable from side to side.

In this configuration, the F-35B can hover, land vertically, take off in a few hundred feet fully loaded, or take off vertically with a light load. When the aircraft transitions from jet-borne to conventional wing-borne flight, the lift fan doors close, the nozzle translates horizontally, and the pilot can then accelerate to supersonic speeds. The system operates completely automatically.

The Lockheed Martin X-35B was used to successfully demonstrate the shaft-driven lift fan propulsion system in 2001, becoming the only aircraft in history to execute a short takeoff, level supersonic dash, and vertical landing in a single flight.

The Pratt & Whitney F135 engine will power the first series of F-35Bs. The F136, an interchangeable engine under development by the GE Rolls-Royce Fighter Engine Team, will make its first F-35 flight in 2010. Rolls-Royce produces the shaft-driven lift fan, three-bearing swivel nozzle, and roll duct systems. An additional six development STOVL F-35s are now in production around the world. Long-lead procurement funds for the first six production STOVL aircraft were authorized in 2007. The first Marine Corps training jets are scheduled for delivery in 2011.